“He came, in time, to embrace the flower as the embodiment of all the contradictions reveling within. Their sleekness, their fullness. Humble narcissus. Passionate Zen. He found them to be worthy conspirators in the courting and development of conflicting emotions. He also found it was as easy to hurl beauty as anything else.”
(A Final Flower – Patti Smith)

“Dionysus is identification, Apollo is objectification […] Apollo makes the boundary lines that are civilization but that lead to convention, constraint, oppression. Dionysus is energy unbound, mad, callous, destructive, wasteful. Apollo is law, history, tradition, the dignity and safety of custom and form. Dionysus is the “new”, exhilarating but rude, sweeping all away to begin again. Apollo is a tyrant, Dionysus a vandal.”
(Sexual Personae – Camille Paglia)

Behind the simplicity of the title is an invitation from the artist to reflect on the relationship between beauty and control, between the incarceration of aesthetic ideal and the liberating power of bodily impulse.
Approaching cut flowers with the Japanese art of Shibari and capturing the result in highly sensual photographic images, Leonardo Pucci highlights how the obligation of beauty is a cultural construction designed to seize control and power over the body.
As the artist explains: “Much has been written about flowers and their symbolic value in the history of civilization but ultimately, in every mythological or cosmogonic tale, the flower is the archetype of itself. The archetype of a life that keeps on living, a perpetual cycle of renewal and rebirth.
The flower is a symbol of human existence and, in its cyclical self-affirmation, it implicitly exalts us and the perpetuation of our desires, of our passions, of our need to project ourselves into the future as well as the entropic torment of our bodies and their creative force.
This intrinsic complexity and this dual generative power are constantly censored through violent cultural objectification: if the symbol of the flower is so often reduced to mere fleeting and ephemeral beauty, so the body is forced to extol a normative aesthetic ideal that feeds on narcissism, performativity, solipsism and ego centrism.
And this glorifying of beauty at all costs not only dictates a certain appearance but certain actions, certain behavior, that is, cultural constructions whose ultimate aim is to control the body. Because the body is an instrument of power, it is the political place par excellence, where interests, conflicts and prohibitions come together.”

The catalyst for this project was a Hojō Jutsu manual that the artist found among his books during the lockdown over these past two years of the pandemic.

There is a clear analogy between the ancient torture method used to obtain confessions from prisoners through forms of extreme bondage and the captivity enforced upon the entire world, but the parallel between binding a flower and the social pressure of unrealistic and virtually perfect aesthetic canons suggested to us by the artist is even more powerful.
Leonardo Pucci learned the art of Shibari and performs it on cut flowers: calla lilies, anemones, carnations, proteas, roses and tulips are tied with string like bent and constricted bodies.
Bodies constrained to an ideal, to a norm, to a canon that objectifies by virtue of a prevailing social-aesthetic.
Bodies controlled in their vital impulses, in their shameless and sexual blooming.
And yet with these shibari flowers, the artist triggers a short circuit, exorcising this power in such a way as to rob it of strength and relevance: the submission is pure mise-en-scène.
As Leonardo Pucci concludes: “The tight ropes that imprison the flowers do not immobilize and the giddy heights of freedom are within reach.
These flowers, these bodies, our bodies, are not sweet, passive and defenseless victims but creatures bursting with sensuality and sexuality. They are flowers caught between torment and ecstasy, in a ritual game that rejects the destructive models of social pressure by overturning them.”

The Flowers vernissage will be held on Thursday 25 November at Crux Galerie (4, Sekeri Str. 10674 Kolonaki, Athens) and the exhibition will be open until Friday 31 December 2021. 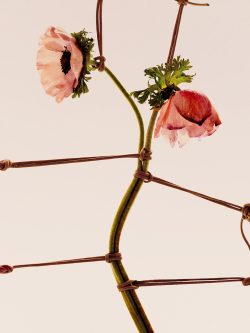 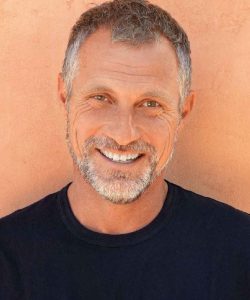 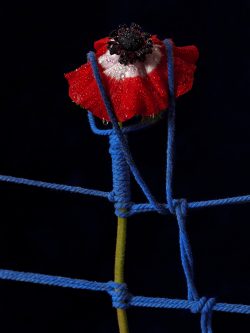 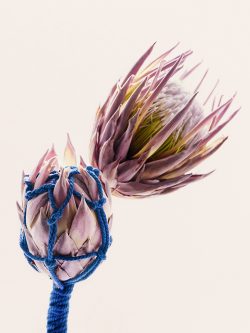 01.10.2021
LES HOMMES PUBLICS
Beauty and control, flowers and Shibari. Is this perhaps an extreme attempt to stop time, to stop the disintegration of carnality, to prevent spring from ending and excessive heat from transforming the landscape into a desert?
view here